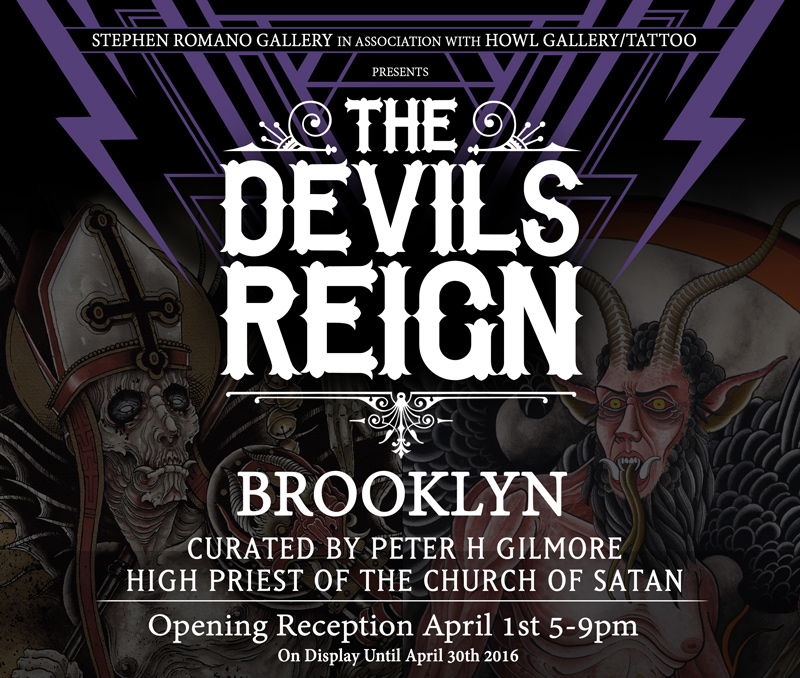 The Devils Reign hardcover book features art from the exhibition as well as many additional pieces not seen at the Brooklyn exhibition. A small quantity of books will be available for purchase at the opening reception. The books are also available online at howlbooks.net and amazon.com.

From Gilmore’s introduction: “For The Devils Reign, our artists work in many styles to evoke the fantastic and demonic. Their renditions of the dread names from Anton LaVey’s The Satanic Bible serve as keys to unleash oft-hidden aspects of the human psyche. As he said himself, “There is a beast in man that should be exercised, not exorcised!.” Devilish art may mock authority, frighten the gullible, and embody complex emotions. Here you’ll find gateways for self-reflection, for opening one’s mind to unique perspectives.”

Curator Gilmore has also noted that, “For the first time, the legendary denizens of Hell as denoted in LaVey’s The Satanic Bible are evoked in brilliant, blasphemous detail.” 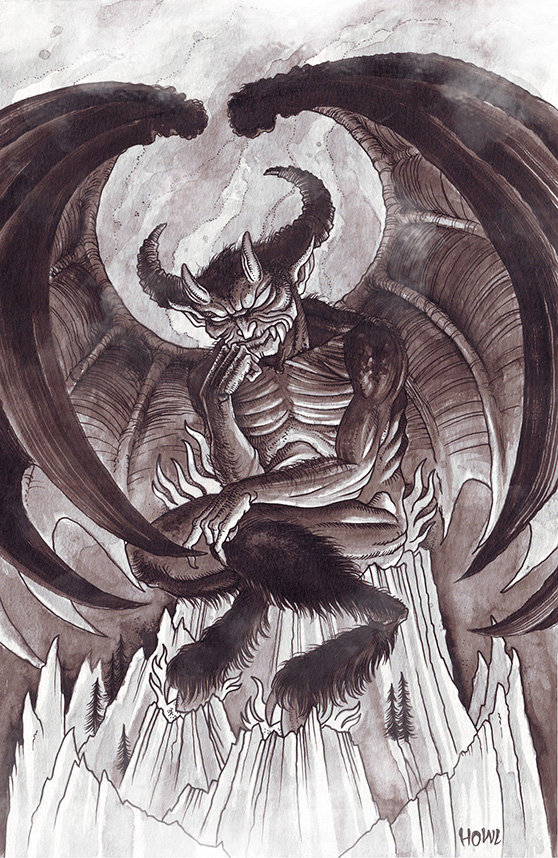 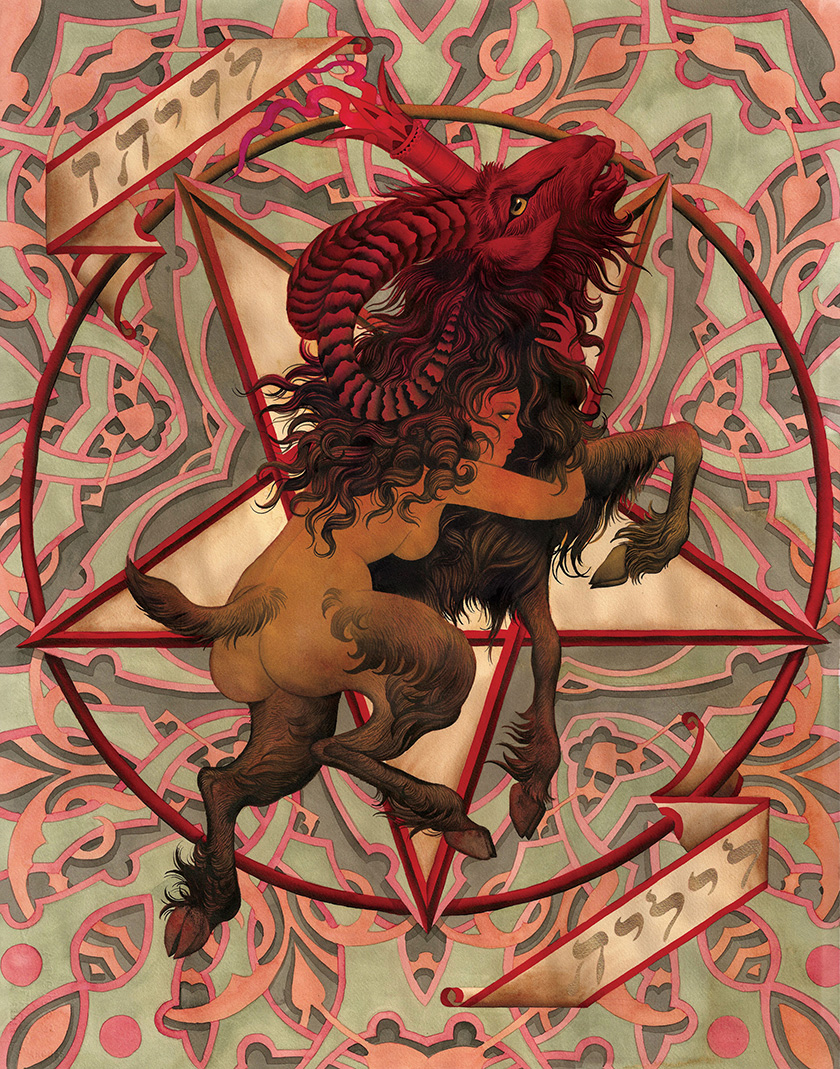 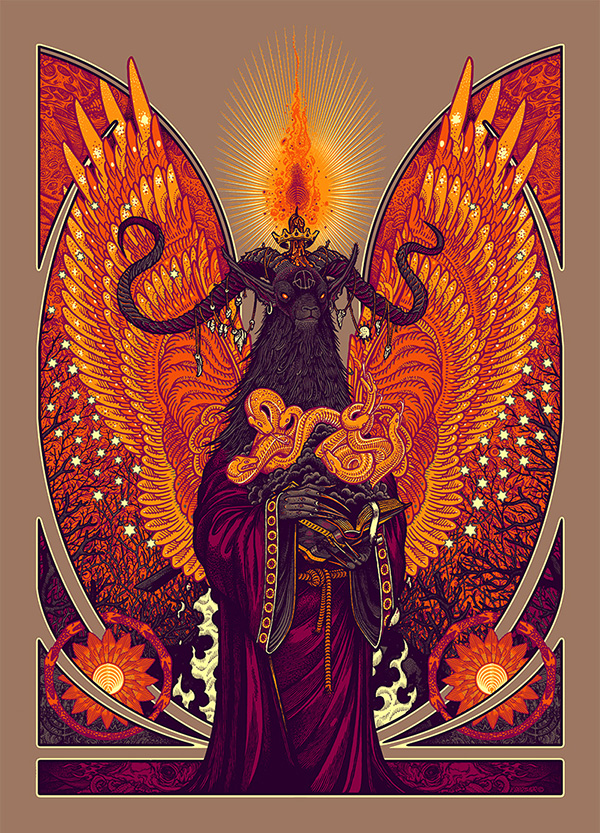 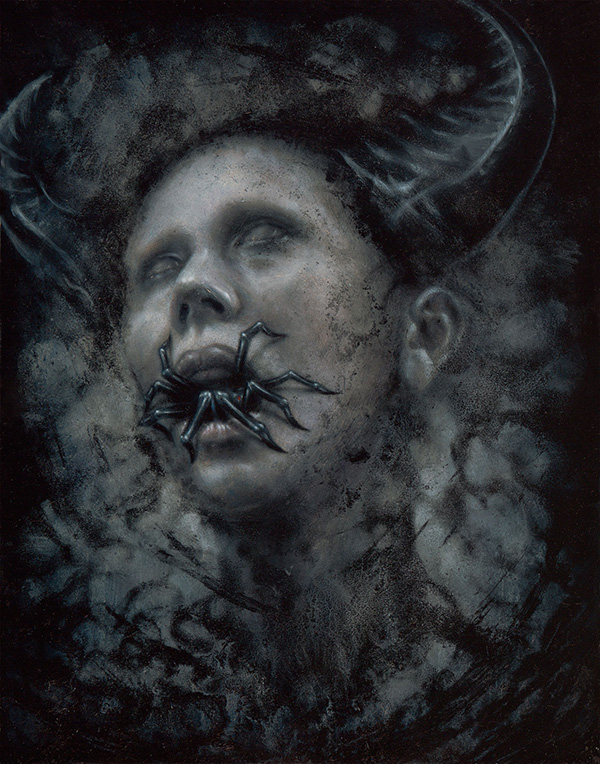 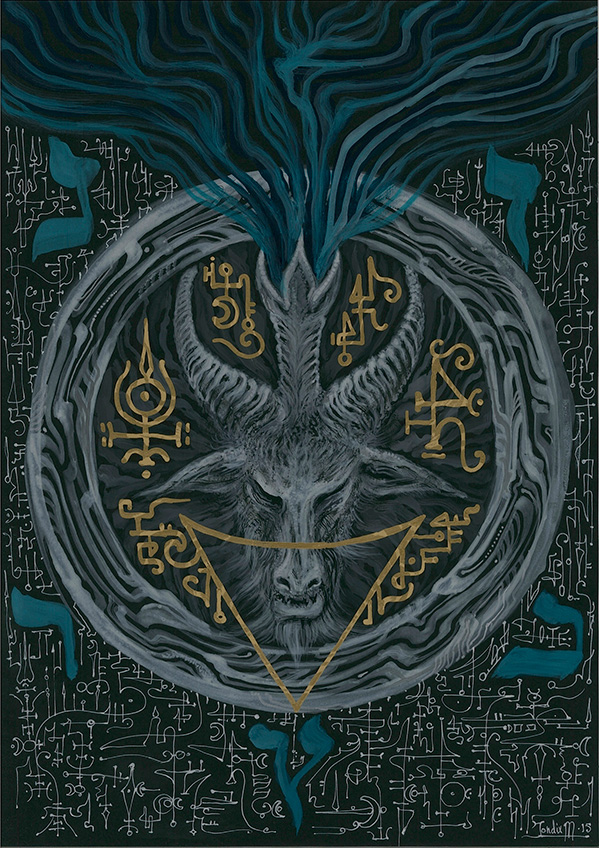 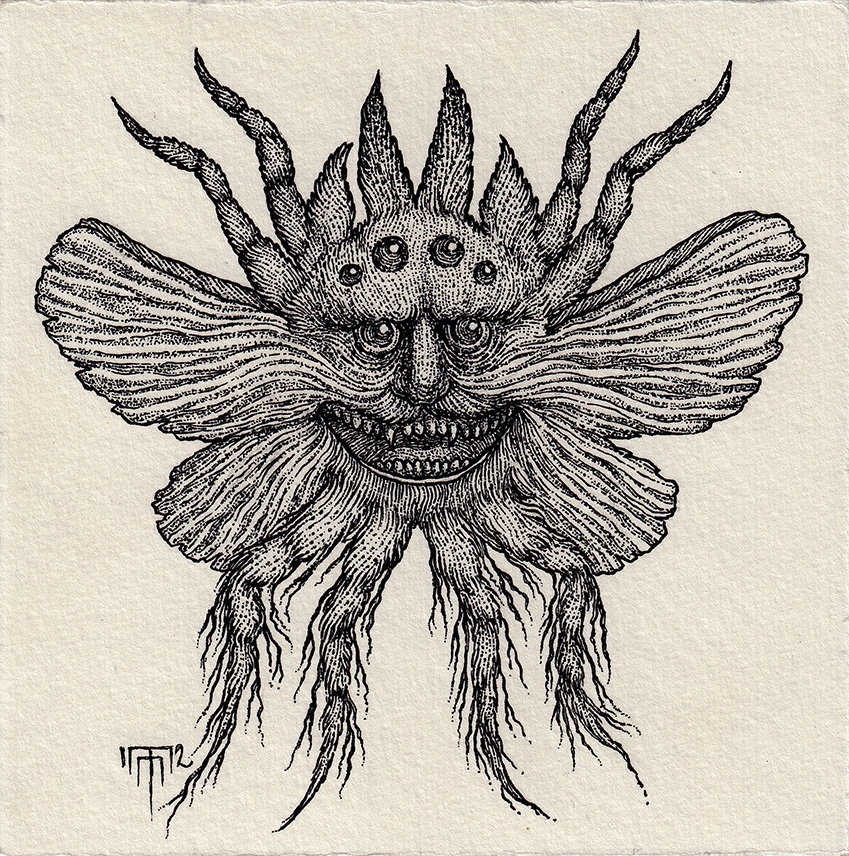 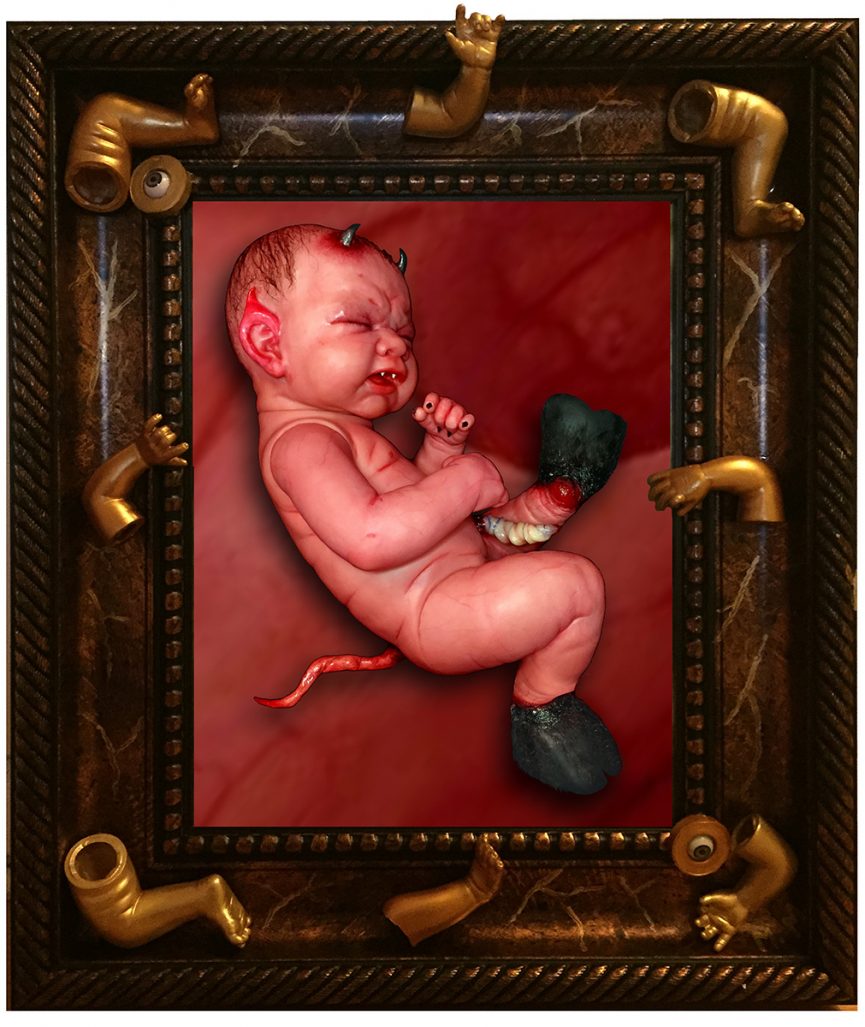 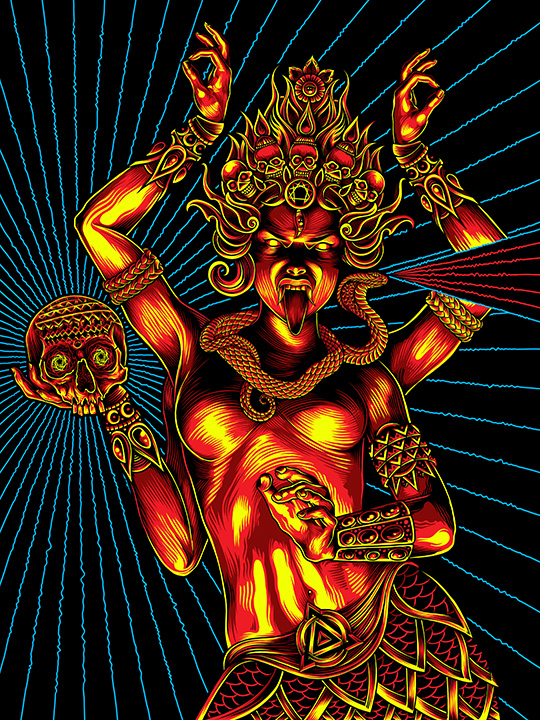 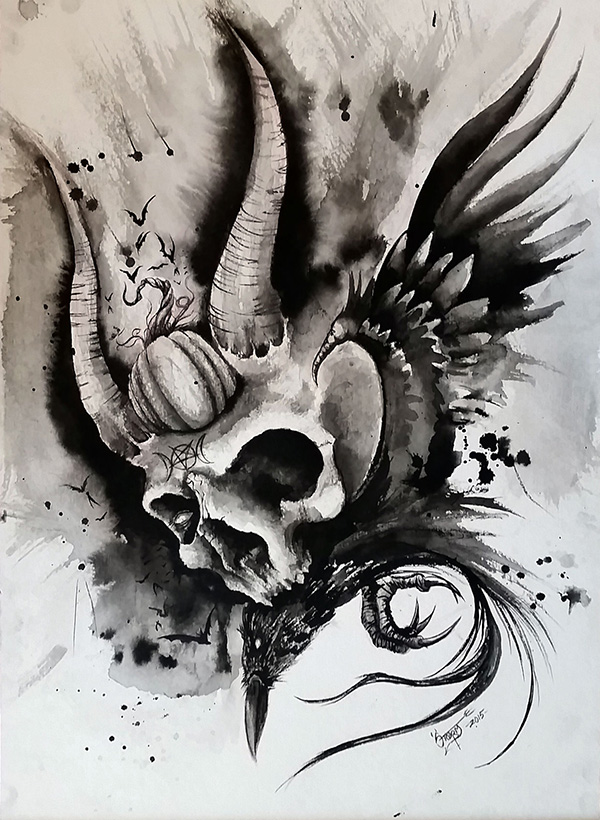 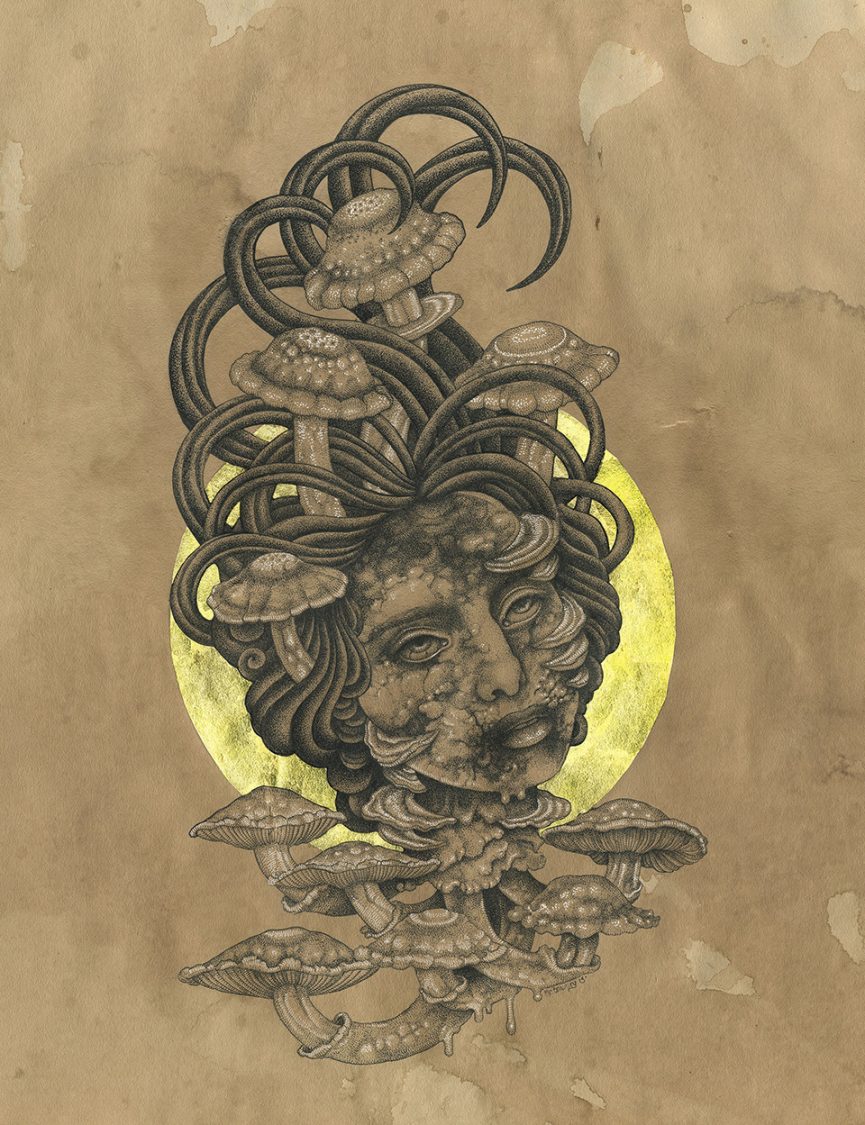 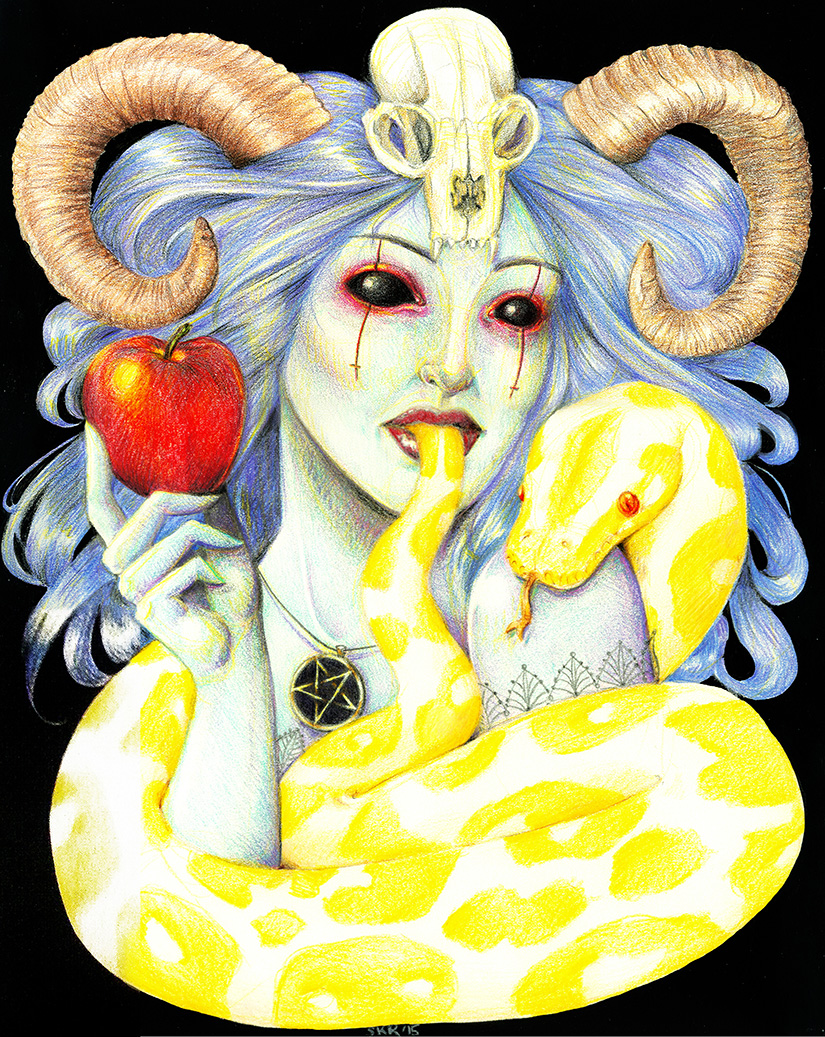 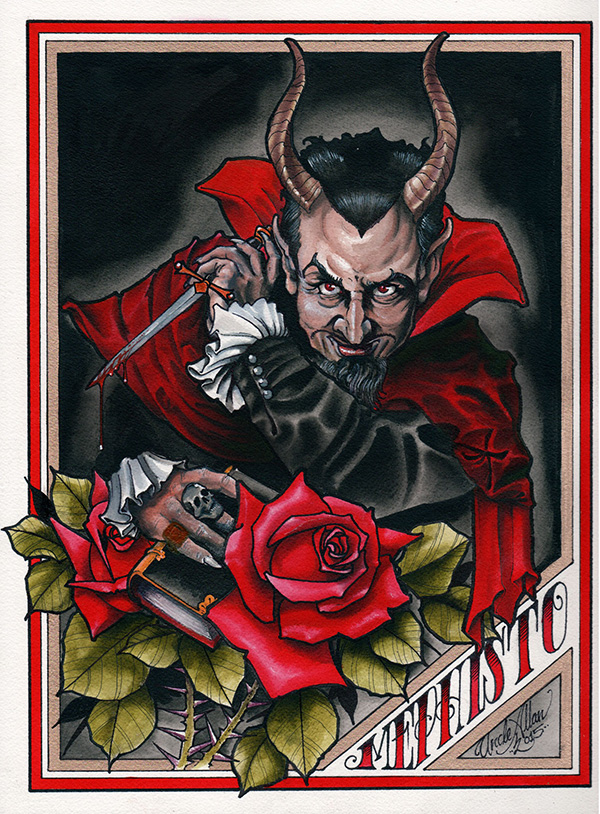 Stephen Romano Gallery is a new addition to the Brooklyn art gallery community, having opened its doors in April of 2014 in Dumbo and having relocated to Bushwick in September 2015.

Prior to opening the current gallery, Stephen Romano was a private art dealer for 15 years specializing in masters of self-taught and visionary art such as Henry Darger, Martin Ramirez, Charles Dellschau, Bill Traylor, Darcilio Lima, and many others. The Gallery’s most recent exhibition El Gato Chimney’s “De Rerum Natura” was well received and reviewed, as was the preceding exhibition “Trypophobia” by Colin Christian. Stephen Romano Gallery also mounted the most ambitious exhibition of works by pictorialist photographer William Mortensen to coincide with the release of the book “American Grotesque” published by Feral House.
Stephen Romano has been a participant in many art fairs including PULSE, The Metro Show, and the Outsider Art Fair.

In 2013, Stephen Romano produced a seminal 330-page monograph on visionary artist CHARLES DELLSCHAU designed by Marquand Books and distributed by DAP. The book generated several positive reviews from a wide variety of publications such as Bookforum, Raw Vision Magazine, The Atlantic, Slate, Antiques, and the arts and Design Observer, among many others. With an introduction by Stephen Romano, the book features the final published essay by renowned art writer Thomas McEvilley, as well as contributions from the founder of The Museum of Everything, James Brett, and the curator of Smithsonian Museum of Aerospace, Thomas Croutch.

In the same year, Romano also published the first ever post-mortem catalog of works by Brazilian visionary Darcilio Lima and most recently a catalogue of an previously unknown photographic series from 1925 by William Mortensen entitled “A Pictorial Compendium of Witchcraft,” with an introduction by A.D. Coleman and essay by Tom Pattersen. Most recently, Stephen Romano Gallery had the honor of publishing a catalog of works by Pavel Kraus with an essay by David Ebony, as well as a catalog for Chinese artist Lu Zhang with essay by Robert C. Morgan. In 2015, the gallery produced a catalog of the “TRYPOPHOBIA” exhibition by Colin Christian with texts by Kris Kuksi, Allison C. Meier and Samuel D. Gliner. The most recent catalog was the gallery published was on Italian artist El Gato Chimney with texts by Martin Wittfooth, Pamela Grossman and Michela D’Acquisto.

In the summer of 2015, Stephen Romano curated the highly acclaimed exhibition “Opus Hypnagogia” at Brooklyn’s Morbid Anatomy Museum. The exhibition was featured in the New York Times, as well as Juxtapoz Magazine, Hi-Fructose, Beautiful Bizarre, Brooklyn Magazine, among many others. This exhibition was followed up in the new Bushwick gallery with “Lexicon Infernali” and a solo show by Rithika Merchant and “Magica Sexualis” and a solo show by Los Angeles artist Jel Ena, and “Charles Dellschau: American Visionary”, the third ever solo exhibition of this seminal outsider artist ever organized and “Hieroglyphica” a companion group exhibition. The latest exhibitions “Matthew Dutton “Midnight Paracosm”, Paul Booth “Selected Paintings and “Saint Bowie” have been featured in Between Mirros, Hyperallergic, Hi Fructose, Widewalls and Disinfo.