From the exhibit Curator:

Blasphemy is a conscious act of rejection, showing contempt for or derision of established sacred icons. Typically it is directed at objects, people, and concepts placed on pedestals by religions. As secularism has grown, one may also deem irreverence and disgust for things held above criticism by herd culture as today’s implementation of that idea. When we dismiss what by consensus is held to be inviolable, we are blasphemers.

The 1960s spawned a movement whose intent was the expansion of the mind through the use of mind altering substances as well as meditation or sensory stimulation/deprivation techniques. Shattering what had been prior paradigms, exponents of this “counter-culture” employed non-Western sources for inspiration in creating music and visual art as a means for sharing their own inner-explorations, often fueled by drug-induced “trips.” The art in particular was characterized by bright colors, complex geometric patterning, and often employed cartoon-derived stylization to emphasize heightened sensibilities and new juxtapositions of images that embraced surrealism.

For THE DEVILS REIGN: BOOK II, we wed these kindred concepts of psychedelia and blasphemy to showcase works which not only blast ideas blindly held by the masses, but do so using the visual vocabulary that came to exemplify the arts conjured during the 1960s. 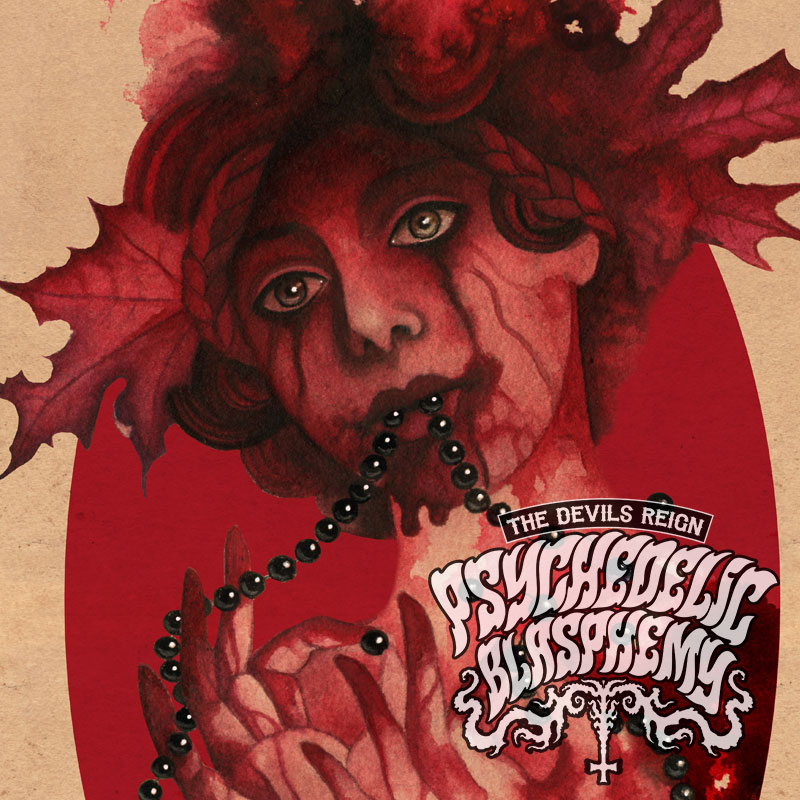 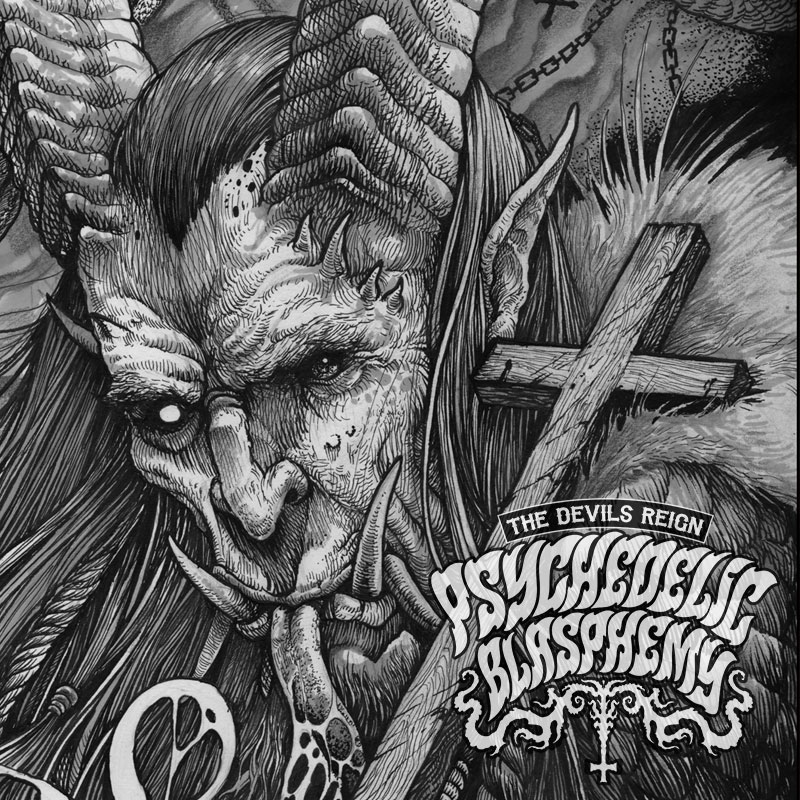 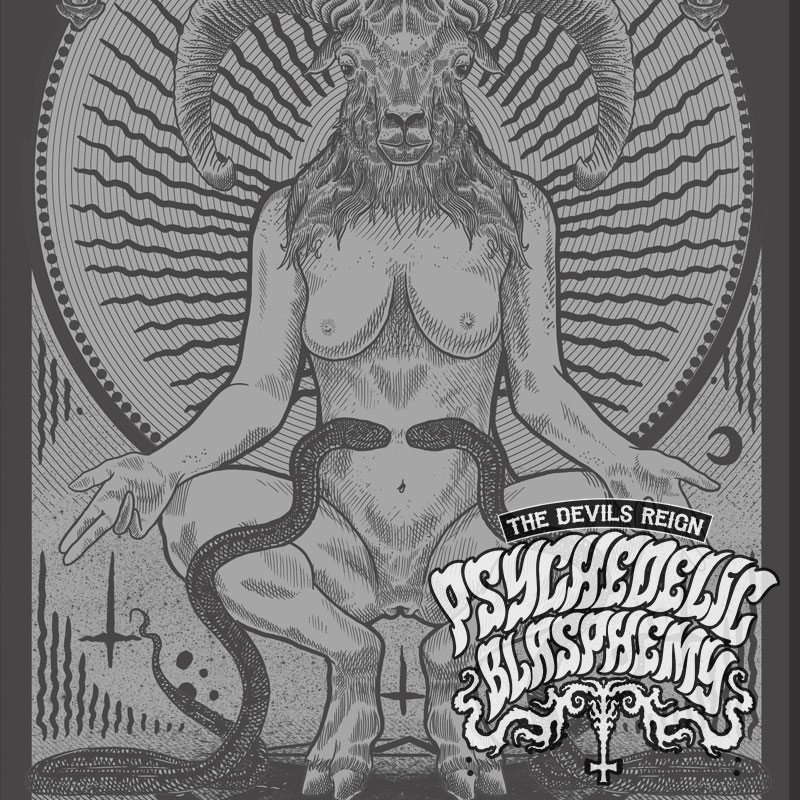 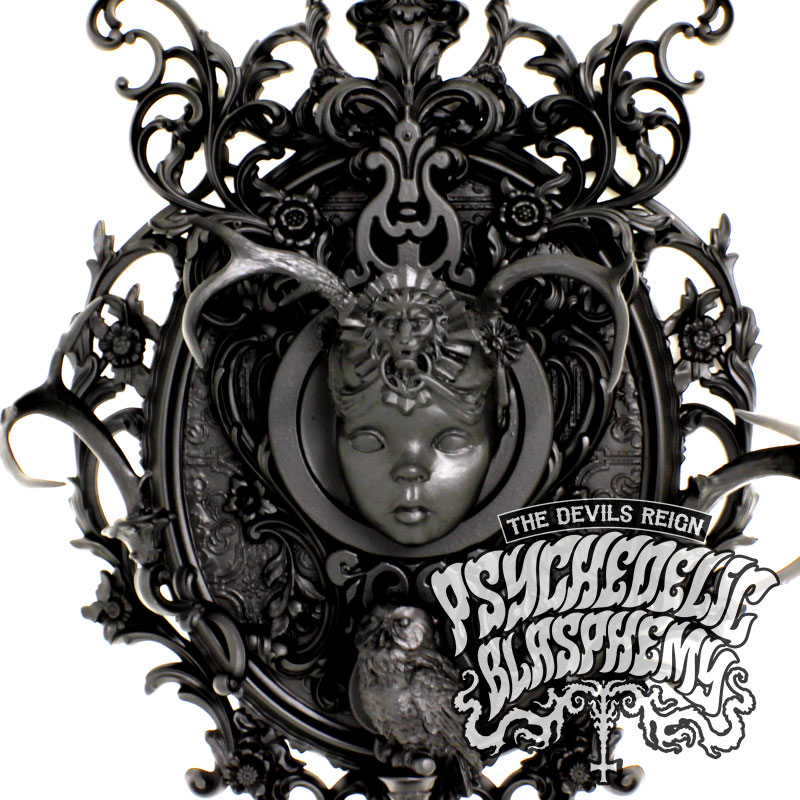 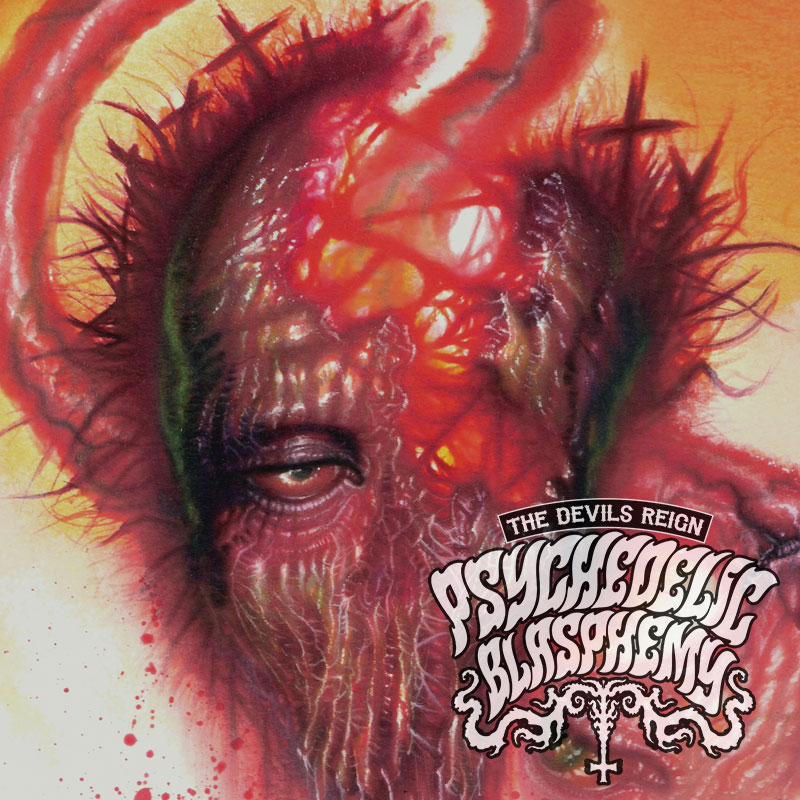 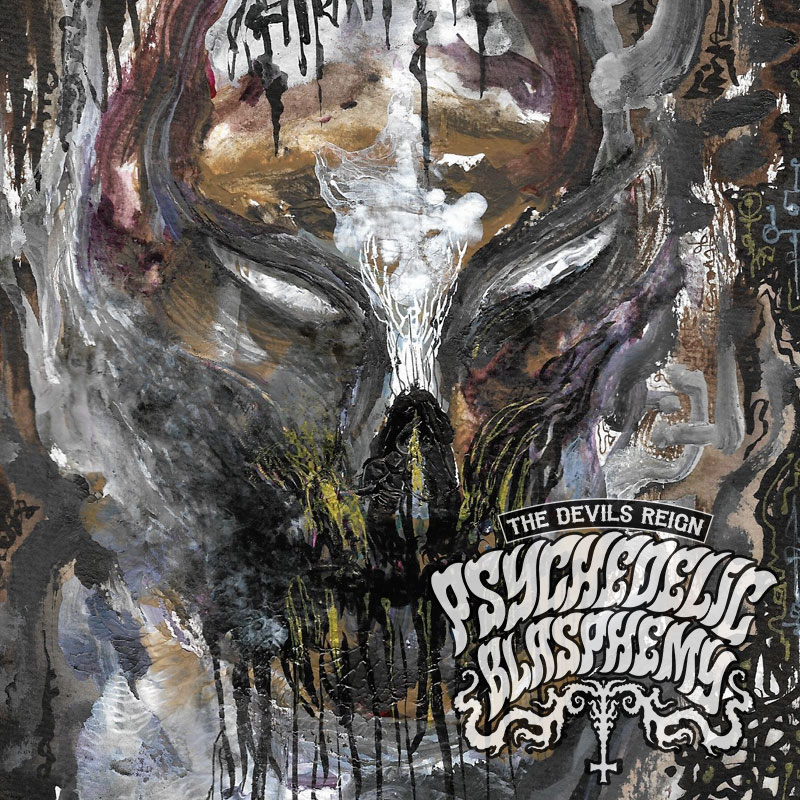 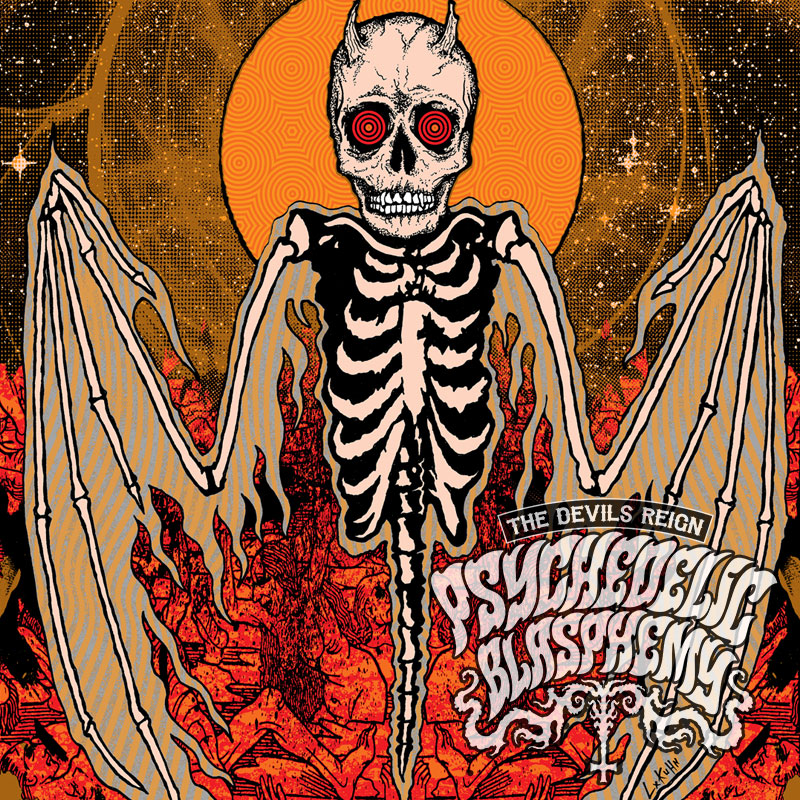 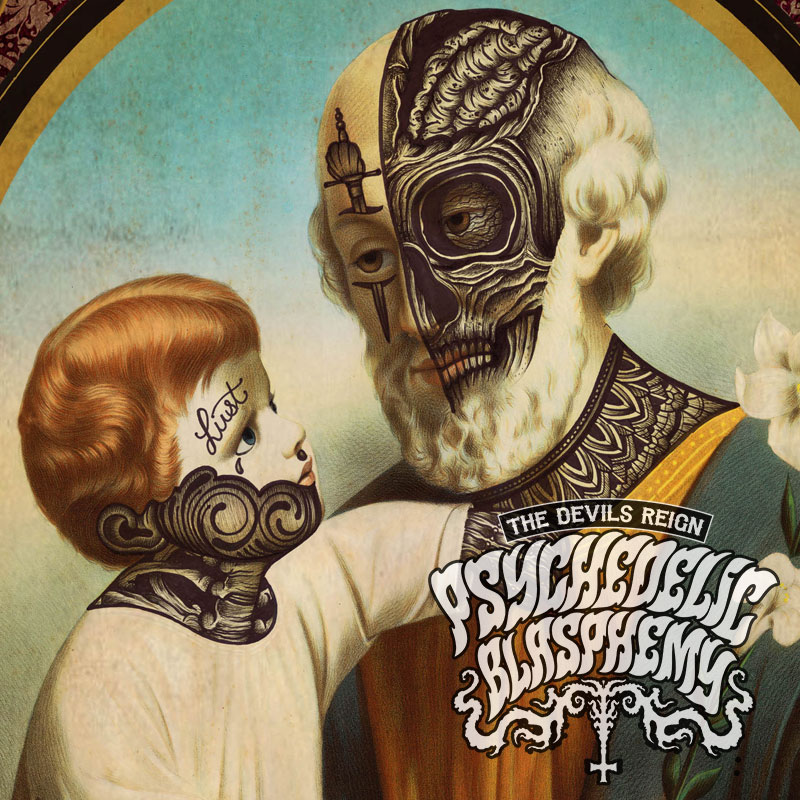 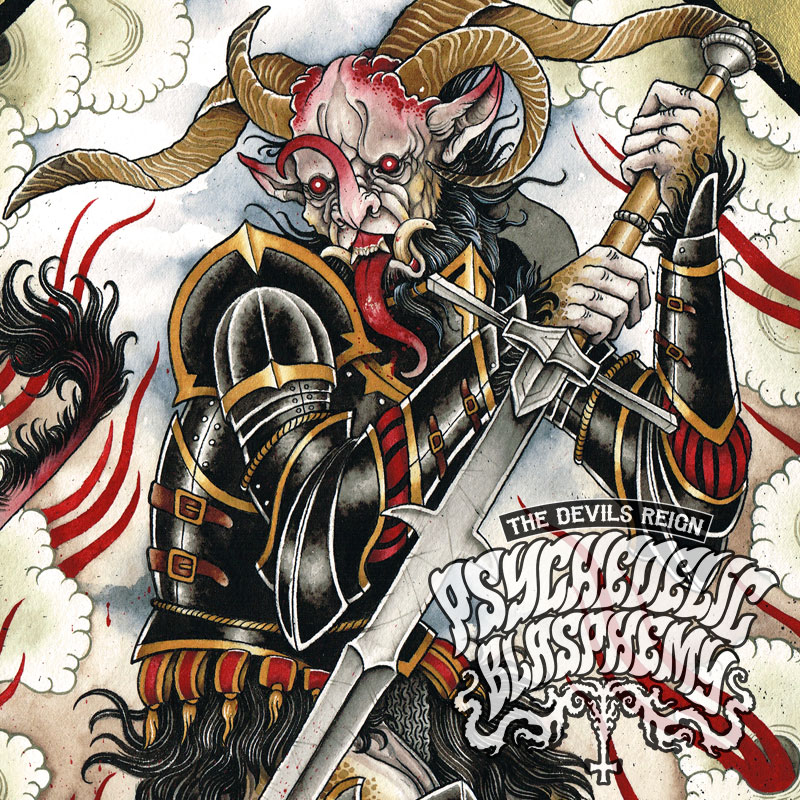 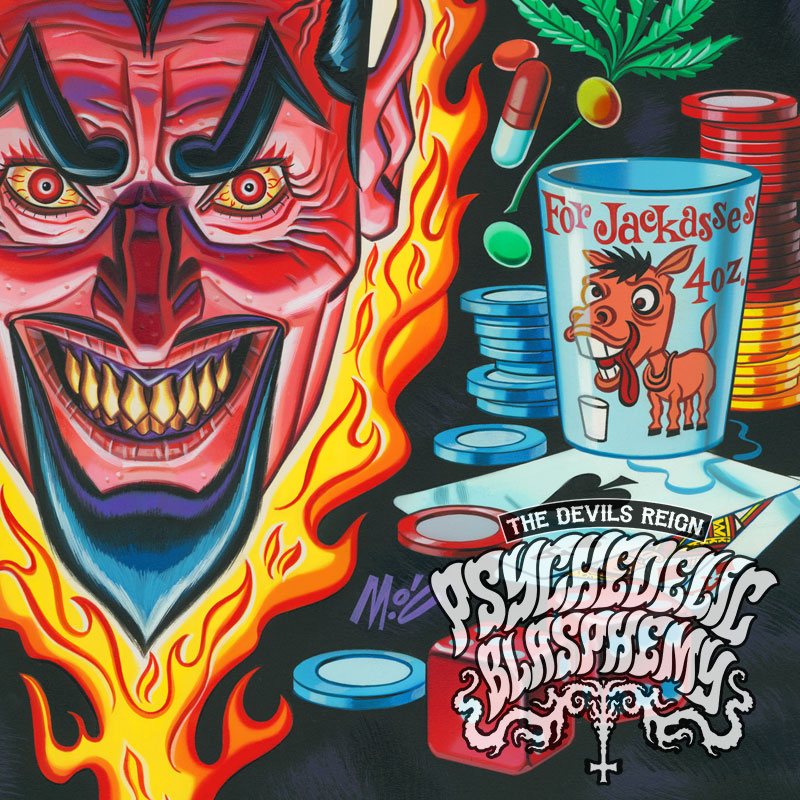 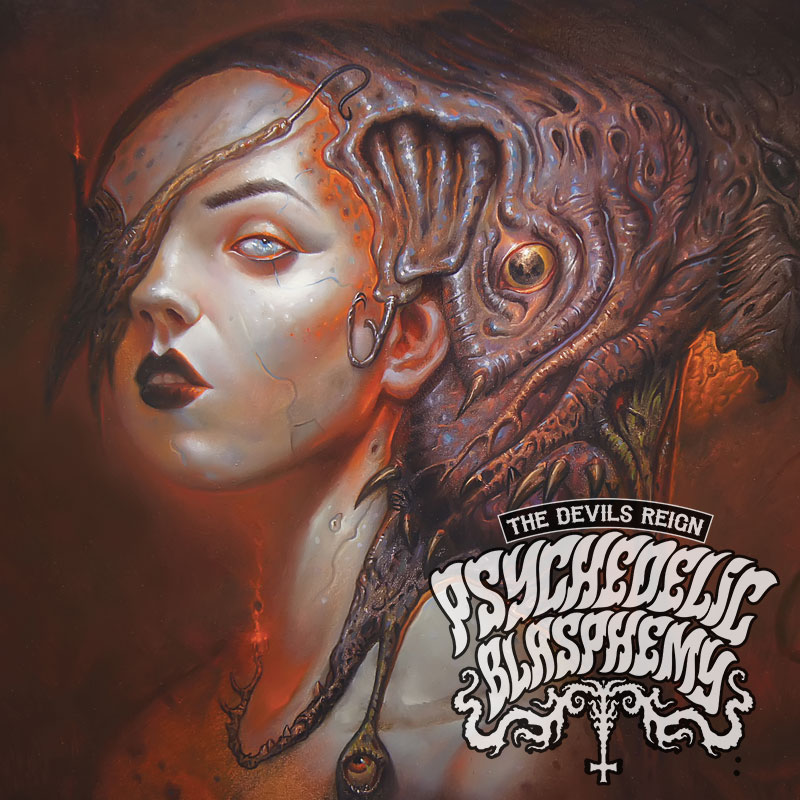 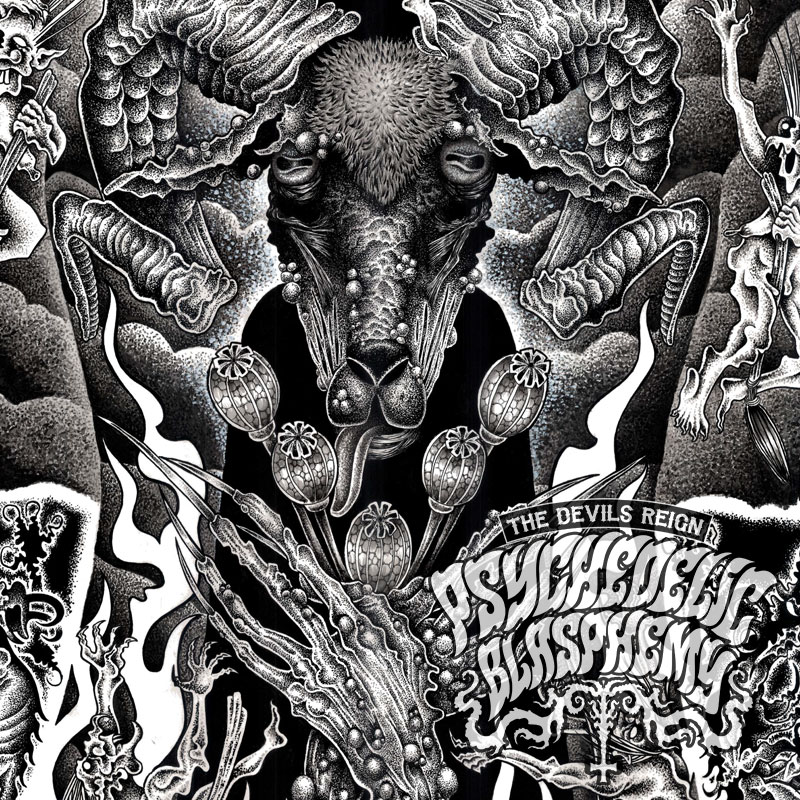 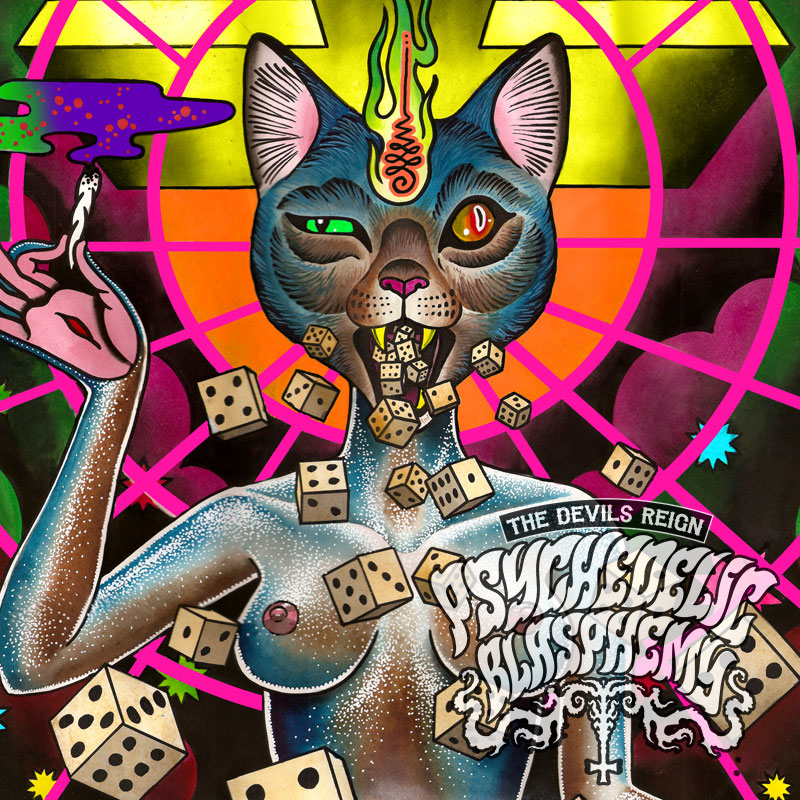 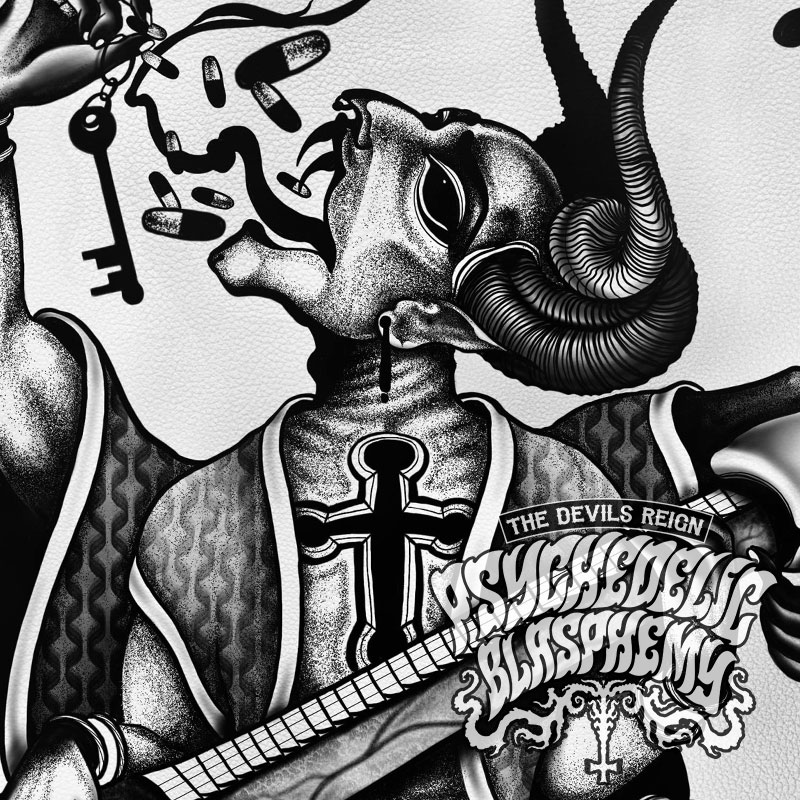 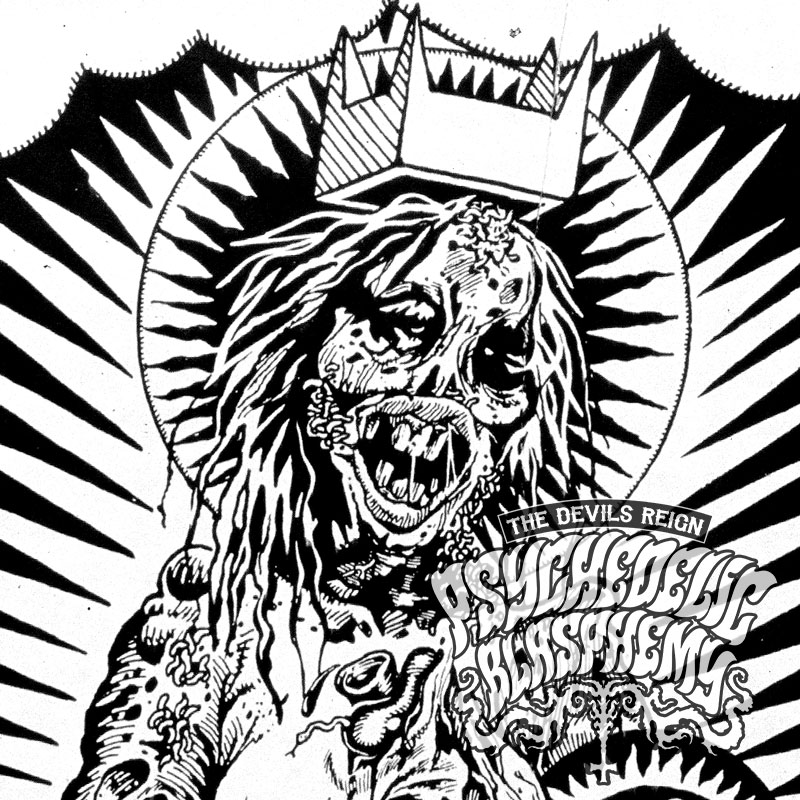